I am pleased you have identified yourself as a potential student at Northwest Nazarene University. As you explore the possibility of enrolling at NNU, and as you meet the faculty, staff and students of our university through this website, telephone conversations or campus visits, I trust you will begin to feel "at home" in this dynamic environment. Whether you have known about NNU for years and years or this is your first contact, my hope is that you will keep in touch with our admissions and financial aid offices to enable us to help make an NNU education possible for you. In the end, our goal is to help you realize your full God-given potential and to empower you to impact your world for His good.
Image 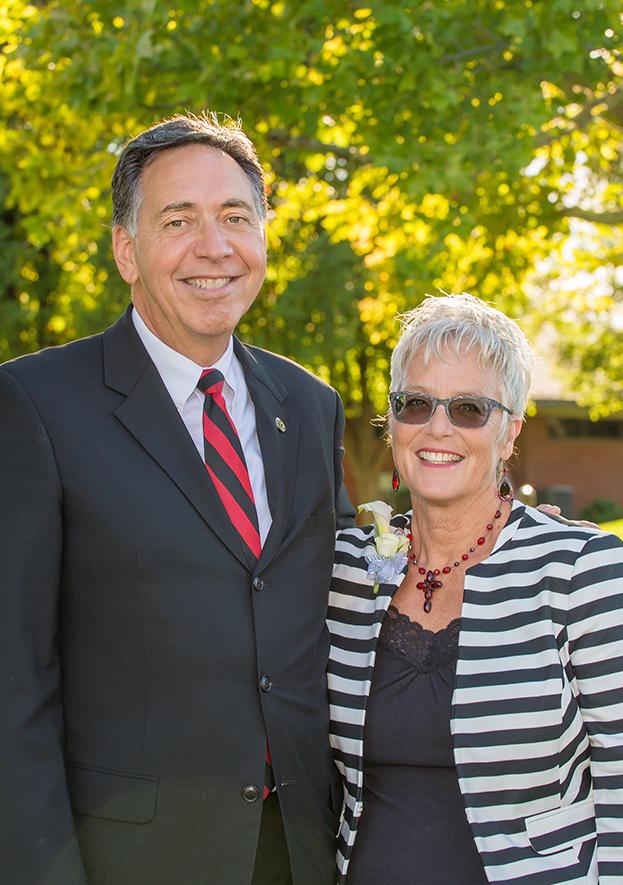 Joel Pearsall brings significant professional experience and personal commitment to Northwest Nazarene University as the 13th president. He came to NNU in 1999 after being in private legal practice and church administration. He is a lifelong member of the Church of the Nazarene and has a family legacy of serving Nazarene higher education.

Joel earned his Bachelor of Arts degree in Accounting and Business Administration from Northwest Nazarene College in 1980 and his Juris Doctor from Willamette University College of Law in 1983.

Following law school, Joel served as law clerk to Chief Justice Charles Donaldson of the Idaho Supreme Court. From 1985 to 1994, he was in private practice in Salem, Oregon, (partner in the firm, 1990 – 1994) specializing in business and tax law with an emphasis in employee benefit planning.

In 1994, Joel assumed the role of business administrator for Salem First Church of the Nazarene, with oversight and supervision of all business matters of the church. Joel is a member of the Idaho and Oregon State Bar Associations, is admitted to practice before the U.S. District Court of Idaho, and has served on multiple civic committees. Immediately before joining NNU, Joel sat on the Northwest Nazarene University Board of Regents (now Trustees) from 1992 until 1999.

Joel served as NNU's vice president for financial affairs and in-house legal counsel (general counsel) from 1999 through July 2008. During his time in the Office of Financial Affairs, the NNU campus underwent significant physical growth, including the building of the Helstrom Business Center and the Johnson Sports Center, redesigning the sports complex including relocating the track and the soccer field, expanding the Kirkeide Apartment Complex and acquiring what is now the Admissions Welcome Center. As CFO, Joel had important roles in each of these endeavors.

After being named vice president for university advancement in August 2008, Joel saw through the completion of the Thomas Family Health and Science Center from his new role. He also helped to develop the university’s campus master plan and contributed to the receipt of the major gifts from the Peterson family and the Albertsons Foundation to build the Leah Peterson Learning Commons. As vice president for university advancement, Joel also served as the executive director of Northwest Nazarene University Foundation, Inc.