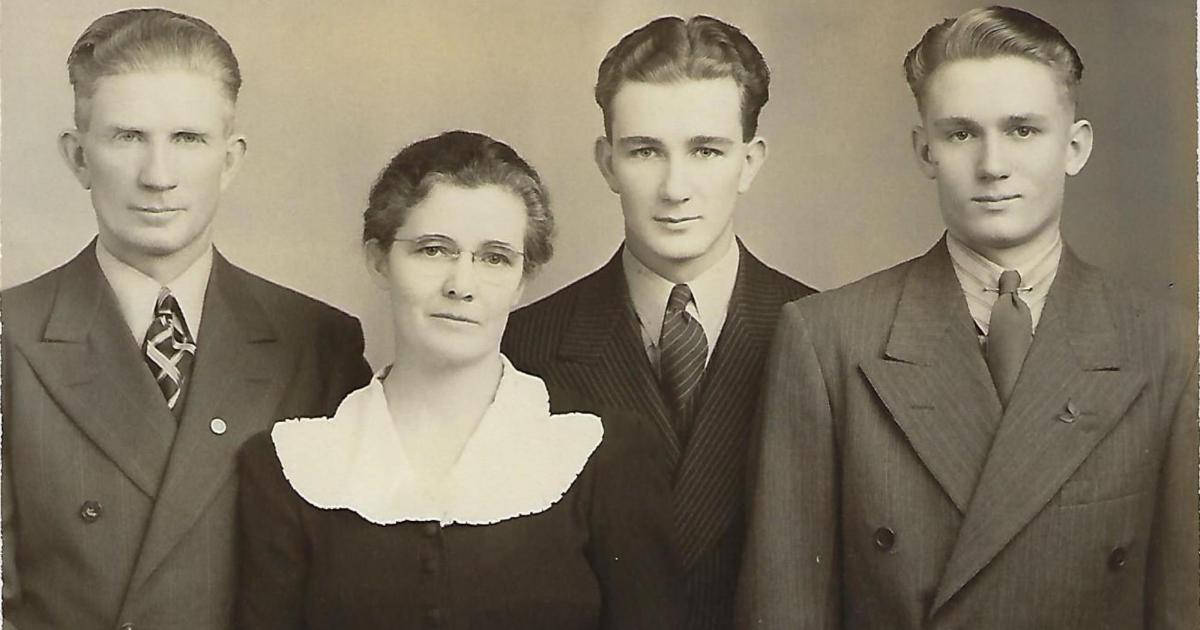 The Bartlow family has a long history with Northwest Nazarene University. Their undisputable legacy began over 80 years ago and includes more than 50 family members who have been part of the NNU community.

It all started in 1939 with two cousins. When Lucille (Bartlow) Meissner, daughter of Oscar and Martha (Fitzsimmons) Bartlow, and Don, son of Amos and Maurine (McFadden) Bartlow, arrived on campus from the small farming community of Pomeroy, Washington, they never could have imagined the ways their family and the NNU community would be intertwined for generations to come. Lucille and Don were quickly followed by their remaining siblings—Lucille’s brother, Ells, and Don’s brother, Wendell (Whit), who began their educational journeys at NNC in 1941.

Despite the uncertainty that accompanied World War II at that time, Oscar and Martha and Amos and Maurine deemed a college education essential to the well-being of their children. In those days, it was uncommon for parents to encourage and financially support children in pursuit of higher education.

Although Oscar discussed Asbury University for Lucille, Christian higher education was a given and NNU was the clear frontrunner. The decision was similar for Don, without the consideration of another school. And so, amidst the onset of war and a post-depression economy, the Bartlow family’s connection to and integration with the university began.

Those first Bartlows at NNU met and married spouses, enjoyed basketball careers and established the family’s reputation as fun-loving pranksters. First-generation attendees may have been responsible for releasing some heavy ball bearings onto the slanted floors in the Administration Building from the back row during chapel. This became the same chapel in which Whit married Wilma Webster. Don also met and married Ila Mae Johnson while at NNU; Lucille married Elmer Meissner and Ells married his high school sweetheart, Eloise Dye.

With the bombing of Pearl Harbor, dreams of graduating were cut short. Don joined the Army Air Corps as a weather officer after his sophomore year; Whit returned home to help run the family farm; Ells hitchhiked to Boise to join navy flight training as an officer. Despite the disruption of their education, the Bartlow families remained committed to NNC.

The four couples had 17 children between them, 14 of whom attended NNU. As the second Bartlow generation reached college age, NNU was the anticipated and expected next step in life and education. Few even looked at or considered other colleges. Nearly all that was earned from summer jobs, birthdays, Christmas gifts, allowances and wages went into college accounts. The sacrifices of their parents and church matching scholarships helped supplement need and demonstrate the family’s commitment to a Nazarene higher education.

“Common themes for us second-generation students include the providence and provision of God in funding our collegiate education, meeting spouses, developing lifelong friendships but—most importantly—deepening our relationship with and commitment to Jesus, which our parents and grandparents had begun in us,” shared Kirk Bartlow (’82). “All of us cherished our time at NNC and many of us wondered how four years could go by so quickly.”

The third generation faced significantly increased costs for higher education. Still, their parents—having experienced the benefits of an NNU education first-hand—continued to sacrifice financially so their children could attend.

Bartlow alumni across the generations have had distinguished careers that spanned disciplines. Their NNU education has prepared them to become teachers, engineers, college professors, military service men and women, doctors, bankers and pastors.

As the fourth generation begins their collegiate era, the legacy of the Bartlow family continues to be rooted in and interwoven with NNU and its future. For their elevated commitment to the university, Northwest Nazarene University honors the Bartlow family with the Family Heritage Award.