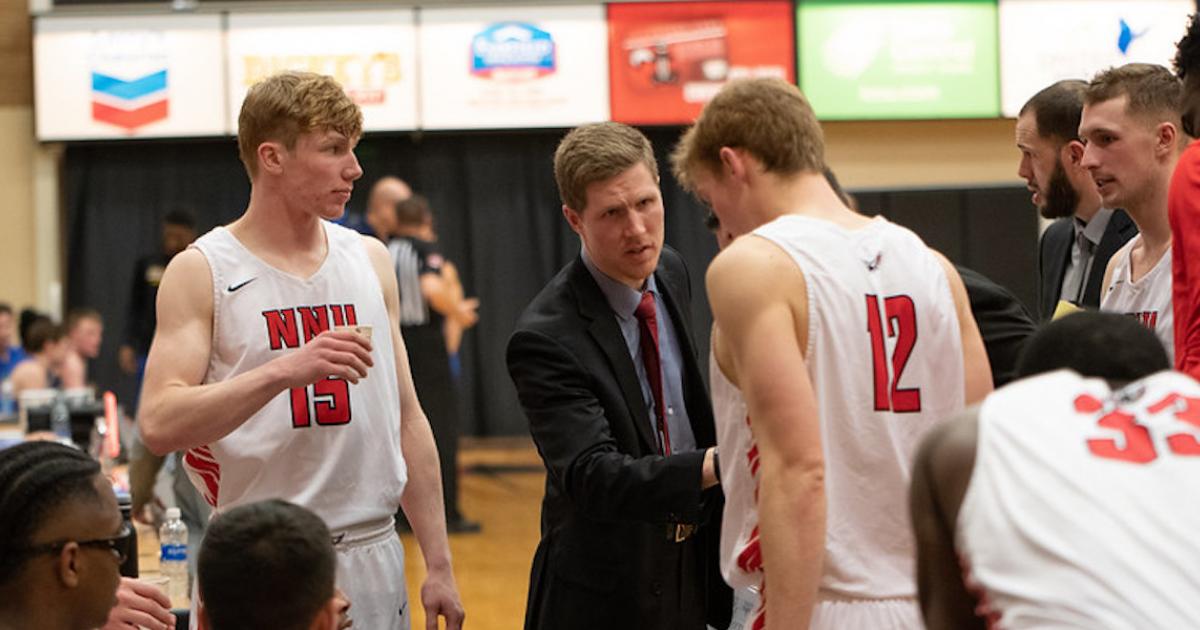 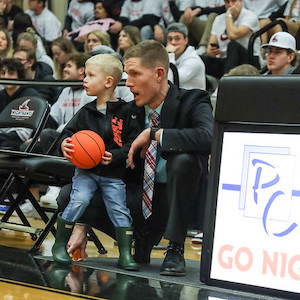 Growing up in the Phoenix area Jon Hawkins had no idea where Idaho was, much less the impact that his decision to attend Northwest Nazarene University would have on the trajectory of his life and career.

Hawkins hadn’t always been sure he wanted to attend a Christian university despite growing up in church. After graduating from high school, he went to a junior college to play basketball, but quickly realized it wasn’t the place for him.

“I felt that during my freshman year, I had to do certain things and behave a certain way to be accepted by my teammates and coaches,” Hawkins remarked. “When Dave Daniels [the NNU men’s basketball coach at the time] called me to see if I was interested in transferring from my junior college to NNU, I remember thinking—‘Did he say Idaho or Iowa?"

“Through talking to Dave and others on campus during my campus visit, I understood that at NNU I would be accepted and supported as I am, no matter what. That was key to my decision to commit—which I did the next day.”

That decision proved beneficial for Hawkins in numerous ways: athletically, academically and spiritually. After arriving on campus, he became involved in many things in addition to the men’s basketball program, including campus ministries and serving on the leadership team of NNU’s chapter of the Fellowship of Christian Athletes.

One of the most influential moments of his time at NNU happened on the basketball court in Fairbanks, Alaska.

“I was going through a period in my life of trying to control every aspect and struggling to give things to the Lord,” said Hawkins. “During warmups, my head coach could tell that something was up and pulled me aside to see if I was okay. I could hardly get any words out; I just looked up at him and he took me downstairs to the locker room. As soon as we got there, he started praying over me and I immediately felt a rush of love and comfort. I broke down in tears, releasing everything that was on my mind and opening up to the Lord in that moment.”

The coaching staff instilled many qualities and life lessons in Hawkins that he carries with him to this day. He credits his work ethic to the NNU staff, who showed him what it truly meant to work hard, and the improvements and joys that result from putting in the effort.

“Before NNU, my work ethic, on and off the court, was not where it needed to be,” said Hawkins. “When I got here, someone asked me about the mental side of the game and I looked at them like they were crazy. I had no idea how practicing hard every day and honing my mental skills would translate into better play on the court, as opposed to just using my athleticism to battle opponents—and that’s something I carry with me as a coach.”

Growing up, the idea of coaching had never crossed Hawkins’ mind. He had always dreamed about playing professional basketball, which he achieved for a couple of years after graduating with a youth ministry degree from NNU in 2014, playing in Australia and Latvia.

However, his professional career was cut short after too many knee issues. He quickly realized that he had to find something else and returned to Nampa to find work where his girlfriend (now wife) Savanah still had one more year of school to complete at NNU.

As he was in the process of moving back, many people, including his mom and former teammates, kept saying that he would make a great coach. He decided to pursue it to see what opportunities would open up and reached out to the new NNU men’s coach, Scott Flemming. At the time, all that was available was a volunteer position—which he agreed to do—accepting that he would still need to find a job to pay the bills.

Two days after he was offered the volunteer position, however, Flemming called to let him know that the second assistant had left to pursue another opportunity and the position was his if he wanted it. And so began Hawkins’ coaching career at NNU.

Now entering his seventh season on the men’s basketball staff, Hawkins has transitioned from second assistant to the top assistant position and was just promoted to Associate Head Coach during the summer of 2021. Over the years, he has learned the responsibility that comes with coaching a group of impressionable young men.

“As a player I had experienced different coaching staffs that did things both the right way and the wrong way,” said Hawkins. “Every coach has a huge platform; there’s so much power in our words and actions.”

“I want every player that comes through our program to know that I love them, and even when I have to be firm and get after them for things on the court or in the classroom, I can still build them up and keep their trust. I want them to know that I believe in them, giving them the confidence that they can be the best version of themselves and that we are here to help them however we can along the way.”

“He’s one of the best assistant coaches I’ve ever had,” said redshirt junior guard Kobe Terashima, who transferred to NNU from Montana State Billings in 2019. “He pays close attention to detail and doesn’t let little stuff slide. If you are doing something wrong, he’ll work with you to fix it. He really cares about you and actually shows that he cares. I really appreciate that a lot.”

Hawkins and head coach Paul Rush have been able to work together over the past number of years to find the most effective ways to reach and help their players. One thing that is a major part of the program is that each coach has four or five players under their wing that they meet with weekly, giving each of them an opportunity regularly to have one-on-one time. Hawkins and the rest of the coaching staff use that time to talk about any and all things with the players, from things on the court to the classroom to their spiritual lives.

“When Jon came back to NNU, the thing he was most excited about was investing time and energy into the players,” said Rush. “He is a very relational coach who works very hard connecting with our players, challenging our players, making our players better and building lasting meaningful relationships.”

One of Hawkins’ favorite aspects of coaching in higher education is being a part of a student athlete’s life and watching the growth that happens from when they first arrive on campus as a freshman through to graduation.

“It’s obviously cool to see guys develop on the court,” said Hawkins. “That’s a major part of our job. But also, being able to see how their heart changes and how God is consistently pursuing these guys is incredible. There are times in all of our players’ lives that I’ve seen God make a difference during their time here, whether that is through teammates, coaches, peers, professors or others associated with the University.”

“I experienced that same attention and support when I was a student here and, if there is anything that I want our players to leave NNU with, it’s the knowledge that they are loved, cared for and will always be welcomed back on campus with open arms.”